Confusion and obfuscation on Menston housing developments at Neighbourhood Forum

Confusion! Deliberate or just, as someone remarked at the Menston Neighbourhood Forum on Tuesday evening, that the right hand in Bradford Council does not know what the left is doing as far as housing developments are concerned?

What did come across strongly is that having run up considerable costs making plans for dealing with traffic problems relating to the proposed housing developments on Derry Hill and Bingley Road, which are mostly not wanted by residents, nor required if the developments do not go ahead, BMDC officers are now desperate to get the money from the developers. To do this they have to ensure that the developments go ahead.

Bulldozers in the Community Centre? 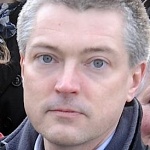 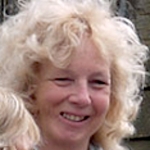 There were several attempts to bulldoze the plans through by trying to convince the assembled Forum that it was already a done deal. Several residents, led by Philip Moore, of the Menston Action Group, and Sue Rix, Menston Parish Councillor, were having none of it. Both representatives said that at the ‘consultation’ re the plans (which Philip insisted was not a consultation but an exhibition!), they and many others had been assured that an amended plan resulting from the ‘consultation’ would be fed back to Menston before anything went ahead. This had not happened. Principal Engineer, Highways, at Bradford Council, Simon D’Vali, and Richard Gelder, Transportation Development Manager, capitulated under the pressure and said that the amended plans resulting from the ‘consultation’ would be sent.

Nevertheless, the BMDC officers insisted that the Derry Hill developers would be signing the necessary agreements and the Council would get the money and begin the appointment of contractors within a very short time.

In comes Emeritus Professor David Rhodes (the BMDC officers had left by this time) to tell us that, backed by simulations using “the best software available”, taking 16 days on a ‘super-computer’, he now had “absolute proof” that building on the proposed sites was not viable. This was backed up by the British Geological Survey (which, as its website states, is “the United Kingdom’s premier centre for earth science information and expertise”). Prof Rhodes said that he had submitted his report to BMDC before Easter but there had been “zero feedback to date”.

Decisions to grant planning permissions for the developments had been on the basis of a complete lack of the necessary expertise to make sound decisions, and evidence supplied by Menston representatives had been ignored, Prof Rhodes said. Should the council go ahead with the developments without properly taking into account the evidence he would take them to court, he added, “and we will win”.

“What happens if the developers start work?”, someone asked. They would immediately be served with an injunction to stop it, Prof Rhodes said.

Against this background, our MP Philip Davies has finally got the Adjournment Debate in the House of Commons on planning in Bradford Council and the experiences of Menston. It is tomorrow, Thursday 5 June. He will have 15 minutes to make our case.