Computers aren’t that clever when it comes to flooding 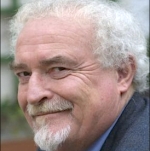 Professor David Rhodes told a packed house at the Kirklands Community Centre on Tuesday evening (more than 100 present) that Bradford MDC had given planning permission for housing developments on Derry Hill and Bingley Road on the basis of false information.

Professor Rhodes said he had been able to estimate the approximate volume of water involved by estimating depth etc and speed of water coming down into Menston from video clips taken by members of the Menston Action Group. This made good sense from Prof Rhodes’s explanation.

Based on Prof Rhodes’s observation not only was diverting the water coming down the slopes into Menston impractical because of the volume and flow rates involved, but to store the water from the January 2008 event would have required a holding tank with a capacity of 100,000 cubic metres. Apart from cost, to have such a quantity stored above Menston would be extremely dangerous.

Prof Rhodes told the audience that the estimates used by flood risk authorities, like BMDC, were wrong because they accounted only for rain water falling on the ground, but the actual volume involved was far higher because of water coming out of the ground. In this situation, had the houses been built on the proposed sites in Menston, water would have been coming up under the houses causing a great deal of damage. It is no wonder that another expert, giving evidence to BMDC, when asked if he would buy a house on one of these sites, said absolutely not.

Victorian engineers had an answer

Professor Rhodes said he had a solution. Basically this would involve horizontally boring deep in the ground where water accumulates and having permeable pipes there into which the water could drain, these flowing out into existing water courses which could handle the continuous flow involved. He suggested that this solution would cost only tens of thousands of pounds. What is more, he said that such a system of horizontal pipes could encircle Ilkley Moor to alleviate wider flooding problems, though this would cost tens of millions.